The Preserve at Bull Run Mountains has seven miles of hiking trails open to the public every Friday, Saturday, and Sunday throughout the year. The Preserve’s public access trailhead is located on Beverley Mill Drive, right next to the historic Beverley-Chapman’s Mill (view-able from I-66). Around noon on Saturday, February 22nd, three adolescents (two males and one female) around 15 or 16 years of age, were witnessed desecrating and causing significant damage to a historic homestead site known as the Corum House. This historic homesite sits directly off the back end of the highly used Fern Hollow Loop (green loop) and is an important relic that tells the story of the Preserve’s diversely peopled past – a story we are looking forward to sharing with our community.

VOF has spent the last year working closely with local archaeologists and historians to research and document the Preserve’s cultural holdings in the hopes that we can incorporate this newly gained knowledge into a complete suite of interpretive signage and educational programming – and develop effective conservation protocols to protect them from further decay.

VOF staff embarked on a long-term Cultural History Project in early 2019 that aims to understand, properly characterize, and begin communicating the story of our cultural resources and the diversely peopled past they represent within the Bull Run Mountains. As you hike through the South Section trail network, you may notice cultural features right along the trails; cemeteries, house structures like the Corum House, fence lines, evidence of past agricultural use, and anthropogenic manipulation of the landscape. VOF staff have been working to discover and map all these features, both in the South Section and throughout the rest of the Preserve. This mapping exercise is conducted to first discover what historic cultural sites are within the boundaries of the preserve, and then guide staff and affiliated volunteers and organizations to begin characterizing these sites and discovering their histories.

Site characterization involves a myriad of different research techniques that includes working with contracted individuals, volunteering groups such as the Archaeological Society of Virginia, and local schools to search through historical records, deeds, oral histories, and conduct field mapping of each site. What is all this work set to accomplish? We are aiming to discover the story of the people who called the mountain home, how they lived, and their interactions with their environment and others living on the mountain and present these stories to the public in honest, open, and empowering ways. We are first focusing on sites within the Preserve, and the South Section specifically, then hope to eventually uncover the histories of sites throughout the entirety of the Bull Run Mountains.

The Corum House, standing alongside the Fern Hollow Loop (green loop), is one of the sites in the South Section we have begun to characterize. Through our work on another homestead site close by, we have discovered a multi-layered and intertwined history between the Corum House and this homestead site. The Corum House’s location on the Preserve is marked by site number “8” on the trail map below.

The story begins with Moses Robinson, an African American gentleman who owned four acres on what is now Preserve property in the late 1800s/early 1900s. We do not yet know the extent of Moses Robinson’s ownership of the 4acre parcel, but we do know that he cleared the land in 1904. Evidence of this clearing is perceptible on the landscape today. VOF staff collaborated with local archaeologist Patrick O’Neill and the Archaeological Society of Virginia to map and research the Moses Robinson parcel. Through site mapping and characterization of what we know as Moses Robinson’s four acres, we found a house foundation, what appears to be a family cemetery, and evidence of clearing of the land. This cemetery, sitting at the edge of a rocky outcropping, is thought to be the Robinson and Corum family cemetery.

Moses Robinson married Kate Woodson Robinson in 1902. The record of her death in 1951 notes she was buried in a home cemetery. If the Robinsons were still living on this 4acre parcel, it is likely she is buried in the cemetery on the bluff. Of Moses and Kate’s nine children, one of their daughters, Mary Jane Robinson, married Beverley Richard Corum in 1917, thus establishing the Robinson and Corum connection. Beverley Corum purchased 10 acres of land near the Moses Robinson property sitting on Catlett’s Branch.

Based on these records and known geographic location of these sites, the house that still stands today on the Fern Hollow Loop is believed to be the house of the Corum Family. Records indicate that one of Mary Jane and Beverley’s children, Mabel Corum, was buried in a home cemetery. It is believed that she is buried in the same cemetery on the bluff in the Robinson property. VOF’s work, with the invaluable help of Patrick O’Neill and the Archaeological Society of Virginia, has unearthed the discovery of an intertwined story of two families living and shaping the landscape of the mountains. No longer do we have a home structure along our trail system with hidden origins. We have discovered a potential background to this site, linked with two families over geographic space and time.

Recently, VOF staff had the pleasure to present some of this Cultural History Project at the Small Museum Association (SMA) conference focused on “Museums as Catalysts of Social Change” which honored the 100th anniversary of the women’s suffrage movement. Through this presentation, staff were able to provide information on the work we have been conducting, the discoveries we have made thus far, and the plans we have for creating infrastructure and programming to give these past peoples a voice and rightful representation within our Preserve’s larger history. One of the valuable aspects of presenting at this conference was the ability to present to professionals that are well-versed in representation and historical research. VOF staff is trying to extend the reach of our information and increase knowledge of our Preserve, and the historic sites held within, so we may encourage further collaboration for research into our sites.

The vandalism of the Corum House is a significant setback, both in its destruction and in the potential loss of historical data. Witnesses have provided descriptions, trail camera data is being reviewed, and the police have been notified. Additional security measures will be put in place.

We are continuously thankful to all the members of the community who ensure the good news always outweighs the bad. With that in mind, if anyone does have any further information regarding this recent incident or are interested in helping with our cultural history project, please reach out to Preserve Manager, Joe Villari at jvillari@vof.org or 571-438-8957.

If you are interested in joining VOF staff and volunteers to repair the damage done to the Corum House and contribute to trail maintenance at the Preserve, please join us on Sunday, March 15th at 9:00am as we utilize our monthly trail workday to repair the Corum House. If you are interested in joining in on the workday, please contact Preserve Technician Summers Cleary at scleary@vof.org. 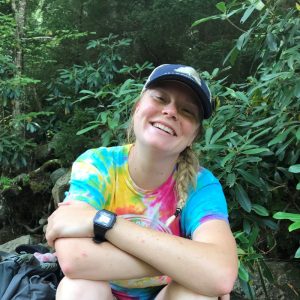