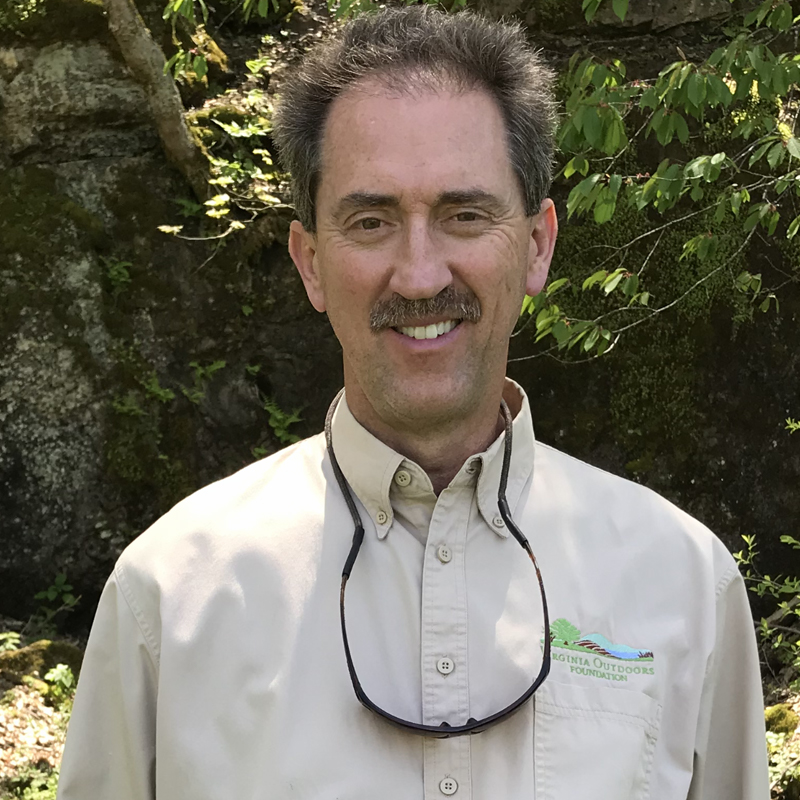 Neal’s career in conservation began at the Virginia Department of Conservation & Recreation (DCR), working at numerous state parks over nearly four years. His subsequent work with DCR included positions as field operations manager for its Division of Soil and Water Conservation in Abingdon and regional watershed manager for the Upper Tennessee and Big Sandy River watersheds. After nearly 21 years with DCR, in 2006 Neal accepted a position with VOF, where he assists landowners with placing conservation easements on their property. Neal, his wife Karen, and their son, Konnor, live on their farm in Washington County. They placed most of the original farm under easement with VOF in 2004. Over the years, they have added acreage and intend to eventually place the remainder under easement as well. Neal manages the farm using sustainable farming and forestry techniques. His philosophy is, “I try to ‘walk the walk’ in conservation so that I can earn the privilege to ‘talk the talk’ when I visit with landowners.”