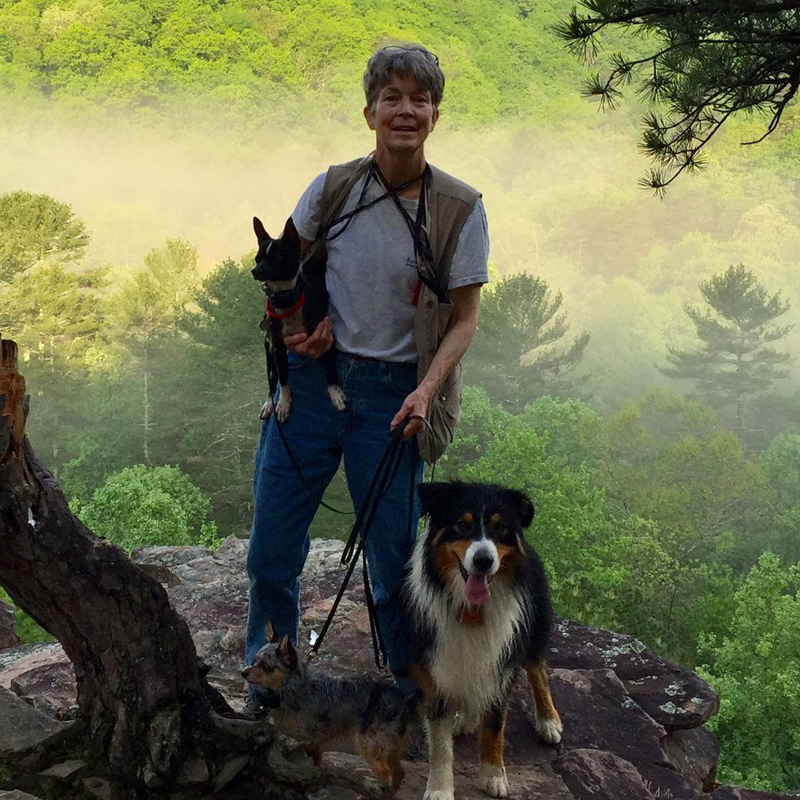 Laura helps landowners in Virginia’s Shenandoah Valley protect their land and was named “Conservator of the Year” by the Valley Conservation Council in 2010. Before coming to VOF, she was a police officer in Oakland, California, where she was named Mounted Officer of the Year in 2000. She has also worked as a copyeditor at two regional newspapers in Florida and California, and as a horse trainer in Florida. She has a bachelor’s in journalism with a minor in theater and a master’s in public administration from the University of San Francisco. Laura is the training director of a local dog training club and has four occasionally obedient dogs of various sizes who compete in obedience and tracking trials. She also leads a 4-H club devoted to dog training. When not training dogs (or training people to train dogs) she likes go trail riding on her horse, Max.