Wes Kent has always had farming in his sights. “My father didn’t own a farm, but he managed one, and it’s what I always wanted to do,” he says. “Being able to feed people and produce a quality product is important to me.”

Kent owns and runs Winding River Farms in Augusta County, which he placed under easement with the Virginia Outdoors Foundation in 2011. “We need to save farmland, and an easement can be the perfect tool,” he states.

The easement protects 180 acres, with more than 117 acres of high-quality soils, and includes a mile of frontage on the Middle River. Kent prevents runoff from his farm from going into the river by maintaining a forested buffer along much of the riverbank and fencing the cattle out of the rest. 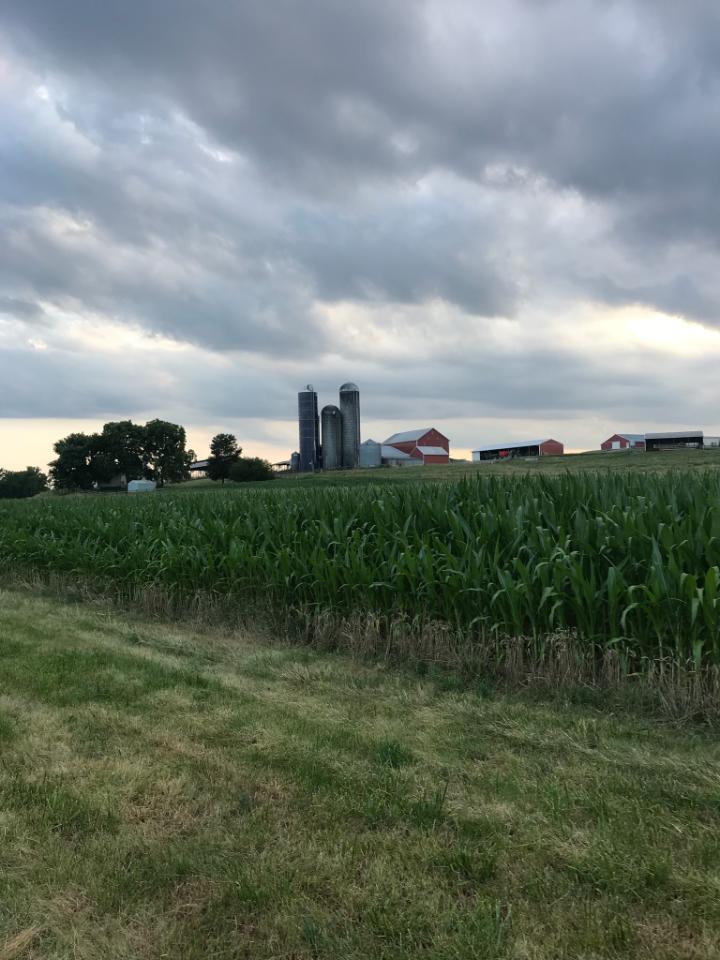 The tax credits he earned from the easement enabled Kent to buy a second farm in 2011 that had already been protected through a VOF easement.

The adjacent properties now form a 300-acre block of protected farmland, with about 130 head of dairy cows, 40 angus cow/calf pairs, and two turkey houses that produce about 100,000 turkeys a year. He also grows corn, alfalfa, and hay on another 350 acres, which he leases.

To stay competitive, he’s made technological improvements to his operation. “I milked in a parlor for 15 years, every day, twice a day, all morning and half of the evening. It was physically demanding,” he says. Now Kent has two robots that milk the cows. “It’s better for me and it’s better for them. The cows get to decide when they need milking, which is less stressful to them and leads to a better product.”

His years of hard work and innovation have been recognized with an environmental stewardship award from the Headwaters Soil and Water Conservation District, a “Friend of the Environment” award from Cargill, and the Virginia State Farm Bureau’s Young Farmer Achievement Award.

This year, he is one of four recipients of a Producer of the Year Award by the Maryland and Virginia Milk Producers Cooperative Association. The designation recognizes members who produce high-quality milk while demonstrating outstanding overall farm management, environmental sustainability, and community engagement.

The easement lets him keep doing what he loves doing, Kent says. “It’s beautiful land, and it’s going to stay that way. I couldn’t ask for a better place to work.”

Anita is VOF's communications specialist, based in Williamsburg.
All Posts